Back to all posts

My latest isolation session video is a song with which I have a long history, to the point where it feels like an old pal. Sad Bunch Of People is a very early song by The Stand GT that evokes all kinds of memories for me...and maybe even for some of you.

I remember writing it in my late teens as I used to scribble song ideas on the back of blank credit card receipts when I was bored at my job pumping gas. Which was often. Here is an example of one, likely a later version because these lyrics are pretty much what ended up on the recording. 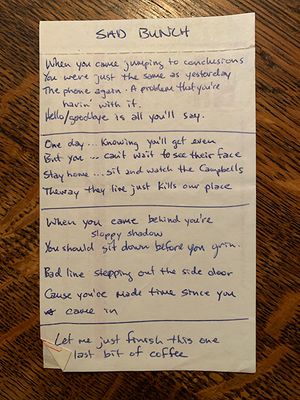 "Let me just finish this one last bit of coffee" clearly did not make the final cut. I have no idea why. 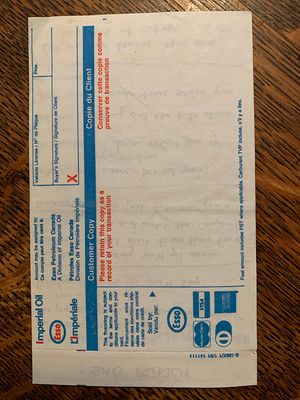 Sad Bunch was a milestone for me as a songwriter as I felt I was finally starting to figure out how to write a decent song. The track was part of a one-two punch on the band's very first vinyl 7" release on En Guard records.

Doug's Into Downs was the other one and both of them started to showcase us, along with Wally's input and arranging, as blossoming songwriters. Wally always had a lot of input into our songs and the drum-pause-in-the-verses idea was us discussing Dinosaur Jr's 'They Always Come' from their album Bug and lifting the idea from there. We were listening to a lot of Dino at the time.

I also have vivid memories of recording this with Andrew Frank at studio DNA in Montreal in '92. Nirvana was exploding and the world of indie music was about to be shaken beyond anyone's wildest dreams. I remember reading about this bizarre and surreal music industry turn of events in a magazine in the studio and dreaming about the possibilities starting to unfold for 'alternative' bands like ours.

When the record came out, it was well received on college radio and charted on many stations back in the summer of '92. It was also the first time I heard myself on the radio. I remember waking up, somewhat hungover, in a campground in Banff while we were on tour the Ripcordz, and starting up the van. We had the radio tuned to Calgary's CJSW when Sad Bunch came blaring through the stereo. I'll never forget the thrill of hearing our song on the radio for the first time.

A footnote to this is it only took 30 years, but we can finally say the Sad Bunch Of People 7" EP on En Guard is sold out. Waterslide records in Japan bought the remaining 10 copies last month.

That's of course, if Paul doesn't find more copies of them in his basement. ;)

Enjoying my latest music/videos and would like to contribute? My Paypal tip jar is here and I most sincerely thank you: paypal.me/ChrisPage 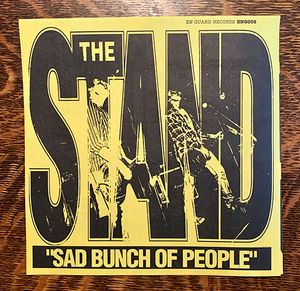 The cover of the original 7" on En Guard records 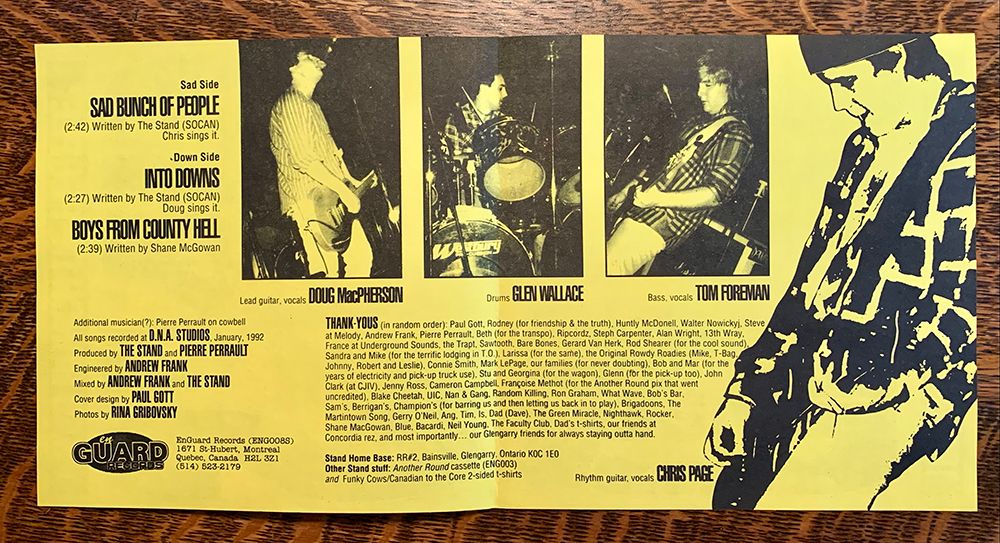 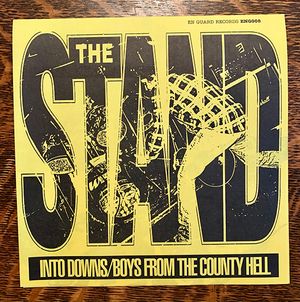